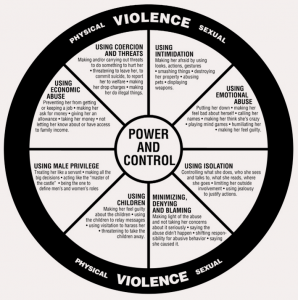 I rejoice at the progress made for women (and for men, for if we liberate women we liberate us all) in the last 100 years. I am glad International Women’s Day exists to celebrate each shift away from gender-based hurt, harm and injustice and towards equality, mutual respect and love.

But the truth for me is that it still aches to see only happy / triumphant posts on my social media feeds this IWD. It hurts because the abuse of power goes on – in our streets, in our towns and cities, in our country and in other lands near and far. I know that too well. It is very close to home and I just cannot celebrate wholeheartedly when I know that women I love continue to be affected – because they were born into or live in a culture that refuses to look this thing in the eye and call it what it is (violence and abuse) and continues to look the other way, ignore and silence anyone who tries to tell the truth, acting as though they had not spoken. That is what they did to the women abused in Hollywood who tried for years to speak up about Weinsten, until THAT particular silence was pierced by the cry of #MeToo .

Great though #MeToo is, we need to remember that victims of domestic abuse do not have celebrities, red carpets, Oscars and Brit Awards to give them solidarity and help them speak the truth of what has happened. That for every #MeToo there is most likely a #ItWasMeThatDidItToYouButIWontAdmitItSoIGetAwayWithCommittingActsOfViolenceWithImpunity

I say ‘still living’ but of course, it is not really living. For those trapped in dominating and violent relationships, it is more an existence than living – trying to get through one adrenalin-fuelled day of survival to another – in a watchful, hypervigilant state, making sure that you do not say or do anything to provoke a threatening stare or an episode of verbal / physical assault. That is not living – it is a day-by-day scooping out of your soul, a burying of your self until your daily life is a shell of an existence. I know that because I lived in this environment through my formative years.

I am one of the ‘lucky’ ones. I found the strength and support to get away (though it took me 3 attempts) and to stay away aged 16 and I am still working on recovering from the huge psychological damage.

So on IWD, my thoughts are for those still trapped in fear of domestic violence and abuse – that they may find the strength and support to get away, stay away and recover. And my prayer is that the communities around them would find the strength to face the truth of physical, psychological and sexual violence and abuse in its midst – the abuse that is happening now and the abuse which has happened previously but where survivors remain silenced and in pain because the harm that was done is unacknowledged, unheard, unhealed. My hope is that, like Hollywood, the many collusive cultures and sub-cultures start to dissolve so that healing can flow. And my prayer is for a society that continues to make leaps and steps forward in its support (practical, financial, emotional, therapeutic) for survivors of abuse in their Long Walk to Freedom.

Sign up to our Newsletter to stay in touch

Support Survivors Voices with a donation. The Donate button takes you to the Paypal account of Reshapers CIC, our parent company.